Would you like to switch to the accessible version of this site?

Don't need the accessible version of this site?

My Journey To Healing Has Been Very Roundabout 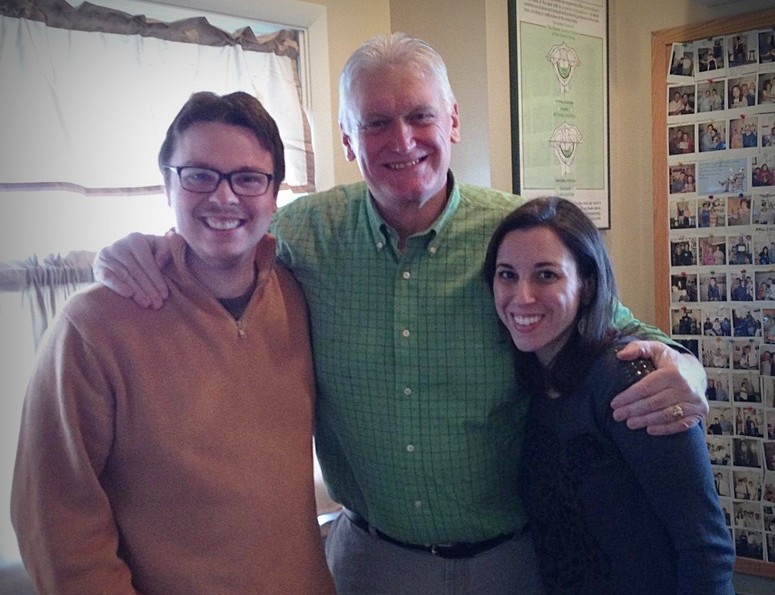 In early spring of 2011, I began to feel unwell. I had more headaches than usual, I felt tingling in my head, dizziness and a feeling of tipping to the left. I couldn’t put my finger on what could be wrong and this led to anxiety. My anxiety led to panic, and before I knew it, I was at our (at the time) general practitioner’s office and she was shaking her head at me. Telling me nothing was wrong and that, in her opinion, I had anxiety disorder. I was told that if I didn’t get a grip on my anxiety, I would be at risk for ulcers, high blood pressure, and numerous other conditions. She sent me home to try relaxation techniques, see a therapist, and consider medication. I’m ashamed to say, the seed was planted. I felt broken. I hurt, I was constantly dizzy, and I was being told it was all in my head.

I went through the next few months taking Tylenol, trying to breathe and feeling like they were missing something horribly wrong, the anxiety elevated. Now on top of my regular symptoms, I shook. I had moments where I felt like my throat was tightening up, my hands were falling asleep, and my mind would often be so gripped in fear that I couldn’t even speak.

I went and saw a therapist. After four consecutive weekly visits, he still didn’t know my name. I had to keep reminding him over and over again why I was there. On the fourth and final visit, he confused me with another patient named Vanessa, and sat me down to break the news that he was going to have to report my DUI to the DMV. I had no DUI. My eyes filled with tears and I stood up, trying to speak through the lump in my throat. He didn’t even know who I was after 4 visits. I felt alone and out of control. Around July 1st I went back to the doctor and, this time, I started to cry in her office. I didn’t feel well, yet she said I was physically healthy. She convinced me to try Celebrex. I was failing as a mother and my work was slacking and I was convinced that drugs would be my cure all.

That night, I had a nightmare and tossed and turned all night. The next day, I couldn’t eat and my anxiety was through the roof. Before the drugs I had anxiety off and on all day, now it was 24/7. Three days in and I was eating barely anything. I was having panicky out bursts where I thought I might drop dead and I’d had two disturbing night mares; in the first one I gave away my children, and in the second one I took a bottle full of pills. After that night, I actually wanted to die. When I went back to the doctor and told her what I was going through, she doubled my dosage. Things got worse, time became a blur and after a few more days I found myself having a breakdown in the emergency room. By then I was such a mess that they thought I was suicidal drug abuser and I was admitted to the MHU.
I was diagnosed with anxiety disorder, OCD, panic disorder, depression and agoraphobia. I was so heavily drugged that I didn’t even realize that I was being given a blood test. I didn’t want to live anymore. I didn’t want to return to my children like this. My friends and family called and I couldn’t talk to them. I felt like my life was slipping away and I just wanted, more than anything, to either die, or go back to the hardworking, upbeat mother I was before.

I begged to be taken off the meds and, I started refusing the sleeping pills and Ativan. I was told that I had a bad reaction to the Celebrex and should try Paxil. I was taken off everything for one day as part of the transition. In that one day, I ate, I showered and I consoled the other patients. My husband visited me that night and I was smiling and happy. The next day I started the Paxil, that day I stopped eating and sleeping entirely. My husband returned that night to find me worse than I had ever been. His eyes welled up with tears and, at one point, I’m not sure when because this timeline is still quite a blur to me, he took my nurse into the hallway to have an intense discussion about why I looked better without the drugs, but they still insisted I needed them. He was frustrated and I was gripped with too much anxiety to care. I ended up demanding early release from the MHU because I missed my kids and just wanted to go home.

At home, I continued the Paxil, much to my husband’s dismay, and continued to get sicker. I was having many out bursts a day. I wasn’t sleeping or eating, I’d lost 10lbs putting me at just 103 lbs and I was having clashing feelings in my head from no sleep. My husband called the MHU to speak to the psychiatrist there about my situation. He said that if I didn’t get sleep, I would need to be readmitted. I was on day 7 of no sleep and minimal food (applesauce and nutritional drinks that my husband was forcing on me) and water. That night I was given Tylenol PM. I didn’t fall asleep, yet I looked asleep and couldn’t move. I desperately slurred to my husband that my mind was still racing and not shutting off at all, but I was unable to move, I was terrified. My husband called my parents and all three sat over me all night. I still remember the look of horror on my mother’s face as she sat next to me awake all night, patting my hair.

That was it for me. The next day I destroyed everything, every pill, every phone number, everything. I forced myself to eat, and to interact with my children for the first time in three weeks. By August 1st I was improving but still my old symptoms remained. For the next 9 months I put on a happy face, took Tylenol and got through each day trying to prove I was sane, and wondering each day, what the point was. Was this just life?

Early in May of 2012, I was online on Google searching my symptoms for the millionth time and came across someone who was just like me. Only instead of drugs this person turned to chiropractic care and was doing great. I was skeptical, but desperate. I went in to see Dr. Joe and on the very first visit he said “I can help you, it’s not in your head” my neck was seriously out of line, but could be fixed. I went home and cried. For the first time in over a year someone saw the problem as something real and was willing to help me. Over the first couple weeks of adjustments an amazing thing started to happen. Every few days I’d get a good day. No headaches, less dizziness, clear focus. The first time it happened I spent that day periodically crying, both excited for a positive change and nervous that it would not last. I had a few setbacks, but my one good day a week stayed constant. Soon it became one great day with several not so bad days. As time passed and my body healed the scale began to tip, and the good days out numbered the bad. My anxiety began to have enormous gaps, my headaches minimized and my dizziness began to fade.
I’ve been seeing Dr. Joe for over a year now and I feel incredible. My bad days still come, but only about once a month or so, and I think that my idea of “bad” is now much less severe than before. Good health is turning me into somewhat of a wimp, so while I still complain on those bad days, I know in my heart that they are nothing compared to what I’ve been through. I have energy now and a sense of well being. I know my life has purpose and that pain is not normal and dizziness is not in my head (well it is, but it is also real).

I will always be thankful for coming across that article and for meeting Dr. Joe, without him and chiropractic care, I cringe to think of where I would be now. I can’t even think about it without deep pains of sadness. Instead, I am happy to be strong and healthier than ever and to be the wife and mom that I want to be.
Whew! I know that this is so much to read, but if it helps even one person it’s all worth it. Just know that there are caring, well educated people out there, like Dr. Joe and Dr. Carolyn, who are willing to help you. A drug “fix” is not the answer, healing is.